China’s raw milk prices have stretched to new heights once again in August as the country continues to run into strong demand, alongside supply chain disruptions such as COVID-19 and torrential rains. From port shutdowns to lockdowns driven by the Delta-variant, to devastating floods that are taking peoples lives, China’s uncertainty propelling milk prices as dairy consumption remains favorable for health and wellness, as pushed by the Chinese government at the beginning of COVID-19’s spread last year.

Domestic demand for fluid milk is high, as well as their need for purchasing inputs, which does not seem to be waning. Consumers in Wuhan have started to hoard food (primarily noodles and pork) due to fear while the government attempts to tell individuals not to panic because they have sufficient supplies. 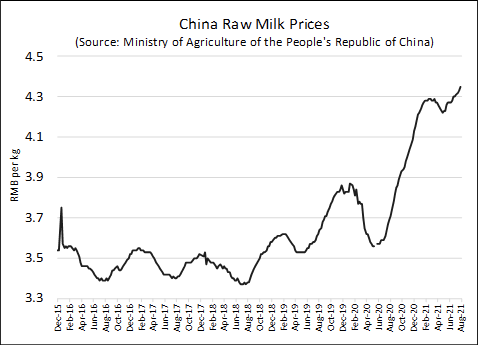 Latest Posts
Back to Latest